Interview Stochelo Rosenberg : ‘Go back to basics to move forward’ – Interview with the top guitarist of gypsy jazz in Guitar Magazine (Japan)

Stochelo Rosenberg : ‘Go back to basics to move forward’ – Interview with the guitarist of gypsy jazz 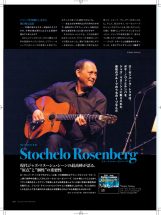 Since his debut as a lead guitarist of The Rosenberg Trio, Stochelo Rosenberg has fascinated the audiences all over the world by his astonishing techniques and emotional playing. This interview is completed during his caravan holidays in France.

— You started playing the guitar when you were 10 years old. What kind of music was with you around that time?

SR: Django, naturally! That’s why I’m playing this music today. It’s not too much to say that there was no any other kind of music but Django.

— A boyhood in the 1970s. I guess there were many other hot genres as rock, fusion or R&B…

SR: That was not my case, however. As my family was not that rich, we could not afford to buy the vinyl of this kind. When I started playing the guitar at 10, my father found my abilities and he bought me a turntable. My uncle, Sani Rosenberg, also gave me an album of Django. My father told me: ‘If you want to be a great guitarist, listen to Django, and play like Django.

— Two guitars, one bass, sometimes with a violin. What do you do to find your own style in this classic structure of gypsy jazz?

SR: As for Django, his disabled fingers allowed him to create his unique style. But I, at 15 years old, already recognized that I would not play Django’s music all my life, started composing and listening to many different kinds of music. My uncles also inspired me. I even stopped copying Django for a while so that I could find my own style. At that time, making my own style was such a tough work, without any reference like YouTube today. I found my style little by little.

SR: What I always say to the young guitarists is: ‘Go back to basics. Basics mean Django’. The important thing is that you copy his solos and find out what he wanted to describe. This is what I did when I was 10 years old.

— The Rosenberg Trio’s album, La Familia (2015) is an assemblage of various trucks like Miles Davis’s ‘So What’ or ‘Manha de Carnaval’, which is the famous bossa nova tune. Is this similar to the playlist of your private sessions at home?

SR: Yes, of course! In Rosenberg Trio, we usually play jazz standards, and it’s me who made Dorado Schmitt’s ‘Bossa Dorado’ into a standard. So is ‘For Sephora’ which I composed for my sister. We are one of the pioneers in integrating rumba and bossa nova into gipsy jazz. This is what every group does today, but we did it thirty years ago.

— You once said that you wanted to fuse Django’s music with another genre. Do you still feel the same way?

SR: I feel it stronger than before. I love to try everything. When you listen to my music you’ll find that Django is my roots, and I want to combine his music with modern jazz as those of Miles Davis.

— Recently, you dubbed the guitar line of Reda Kateb in ‘Django’ (2017), a film of Etienne Comar.

SR: The producer of this film heard of me. I heard that it was his colleagues who pushed him to contact me. It was a great honor for me, for it was the very first biographical film about Django and they trusted in me.

SR: It was pretty tough! They wanted me to play exactly like Django in his 1940s recordings. I was under pressure. I copied his solos note by note for 2 months. Then two weeks of rehearsal a Paris, and two weeks of recording in a studio. Finally, it took 3 or 4 months to finish this work.

— In the film, the guitar that Reda Kateb played was a replica of Selmer #503 crafted by Jean Barault. Did you play this model?

SR: No. Before shooting, with Reda Kateb, we talked about how to hold the instrument and that was the only moment that I touched this model. The guitar that I played in the film is my own one, crafted by Ger Boonstra, a Dutch luthier.

— Is that your main guitar today?

SR: I have a lot of guitars like Gitano De Luxe by Stefan Hahl (Germany), or the replica of Selmer by Jean Barault. I don’t play the same model all the time. I am sponsored by the various luthiers and I need to be loyal to each of them for a while (laughs).

SR: The Stochelo Rosenberg model by Stefan Hahl. A model that I have since 5 or 6 years.

— What strings you use? And the gauge?

— Do you use pickups?

SR: Yes, I use some pickups. Among them I recommend Peche a la Mouche, which is similar to Stimer pickups used by Django in the 1940s.

— Your picking style used to be strong when you played at The North Sea Jazz Festival in the 1990s, which seems to be much softer in recent years. Have you changed your choice of picks?

SR: Yes. I was using thicker one when I was young, but now I use Wegen picks 1.5mm-2mm thick. I was getting used to play with the thick one and that caused problems sometimes when I lost it (laughs). They were made in Turkey and it was not easy to buy.

— Who would you consider to be the most exciting new talent in guitar music?

SR: Mozes Rosenberg is a brilliant new talent. Antoine Boyer has created a new style of playing: a hybrid of gypsy jazz and classical music, which is very nice.

— Your new album has just been released.

SR: In September. ‘GYPSY Today’ is the title. I also play modern jazz in it. This is a collaboration album with German pianist Jermaine Landsberger. It includes some trucks featuring Didier Lockwood, who unfortunately passed away two years ago. Check it out! 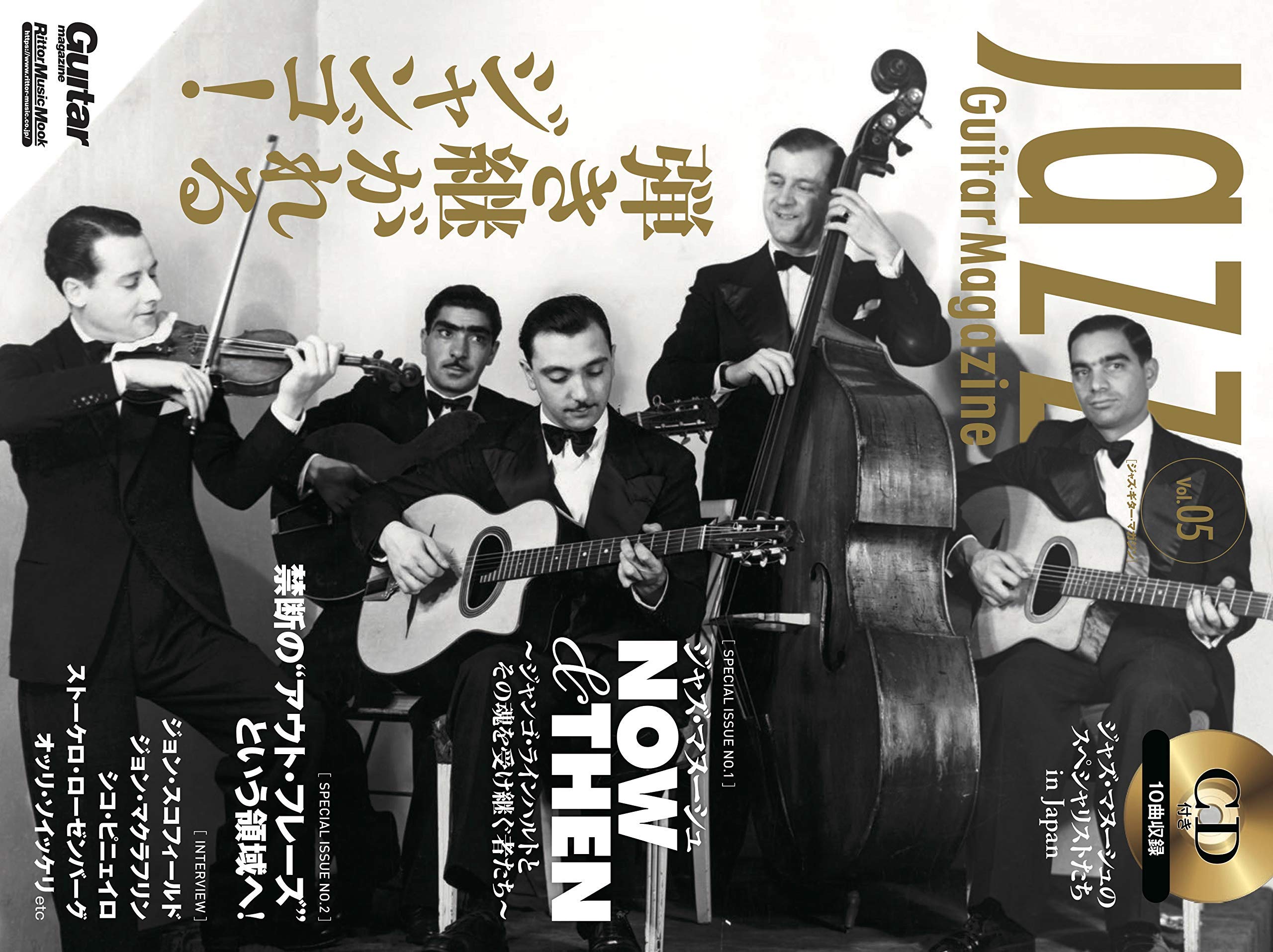