The Rosenberg Trio is considered the leading name in Gypsy Jazz/Django Jazz. The legendary Django Reinhardt is the main man behind the genre, which has had a strong revival within the past few years. The three cousins Stochelo, Nous’che, and Nonnie have played music since their early childhood according to Gypsy traditions. They have toured all over the World with figures like Stéphane Grappelli, who has named them among the absolute elite within Gypsy Jazz, that he has ever played with. So Viften is very proud to present The Rosenberg Trio as a top name within it’s genre. The trio has released their 15th album. It is full of energy and originality in it’s tribute to their master Django Reinhardt. 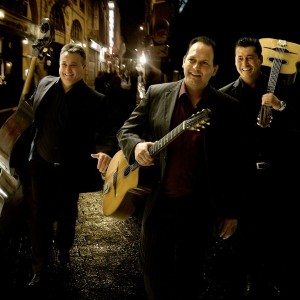