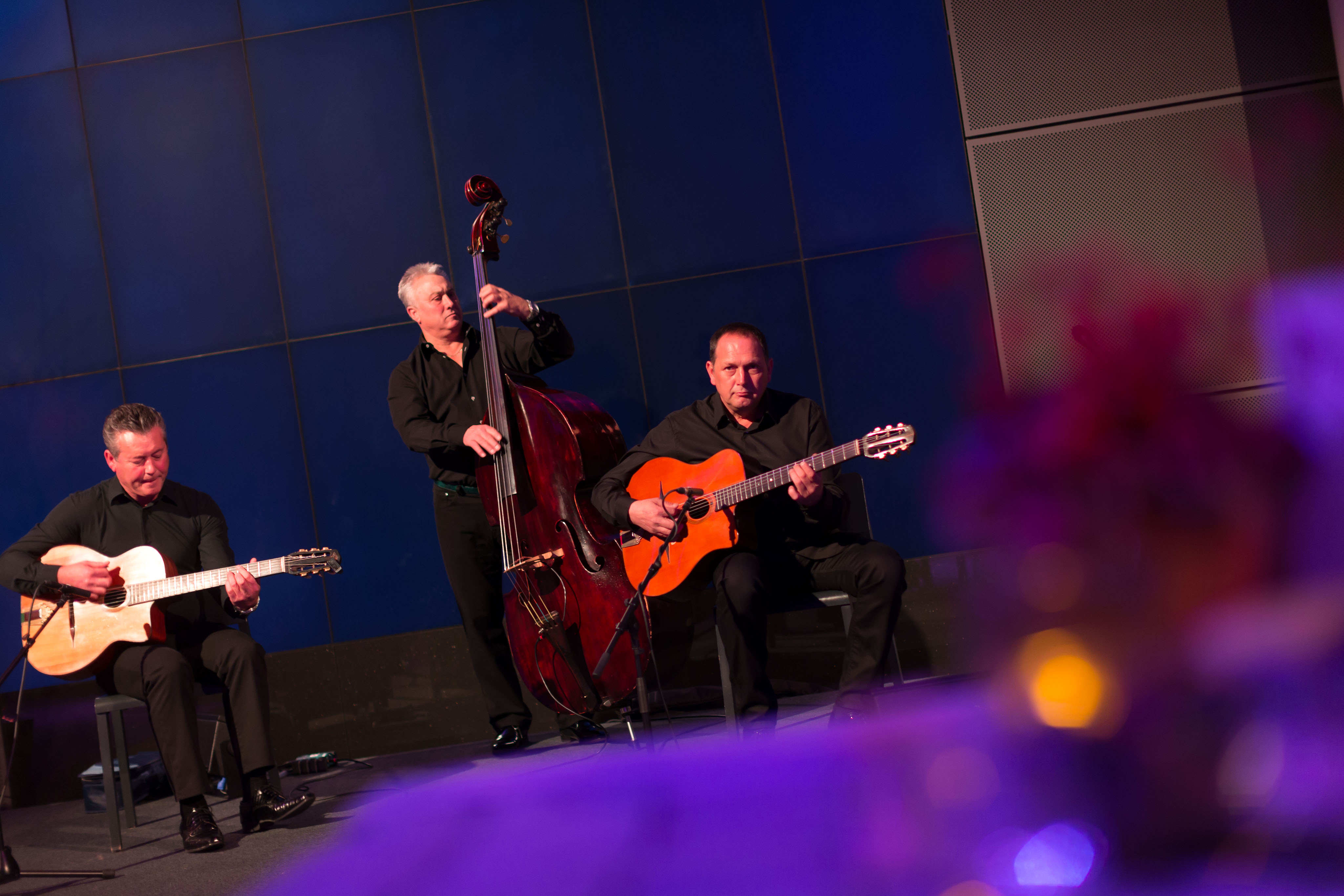 One of the very best jazz manouche groups in the world today, The Rosenberg Trio have played at all the major jazz festivals: Jazz Festival of Montreal, North Sea Jazz, Django Reinhardt Festival in Samois, Jazz In Marciac Jazz à Vienne, Carnegie Hall New York and The Rose Bowl Los Angeles. With all the great musicians: Toots Thielemans, Jan Akkerman, Stéphane Grappelli, Herman van Veen, Jaap van Zweden, Louis van Dijk, Peter Beets, etc. The Rosenbergs were the support act of Shirley Bassey, Randy Crawford, en Luciano Pavarotti. Over the past twenty-five years, the Rosenberg have played all around the world, and established themselves as the best in their field. Inspired by Django Reinhardt they broaden their oeuvre with classical, pop and bossa nova in gypsy swing style. They also have a large number of own compositions.

Inspired by one passion(making music) they have conquered the world. In the late 1970s, they are enjoying widespread recognition in the European gypsy community. The late 1980s was their internationally breakthrough. The Rosenberg Trio represents  the “essence of gypsy jazz” and Stochelo Rosenberg is considered as one of its finest guitarists, with his impeccable technique, great elegance and very personal vibrato, combining virtuosity and emotion. To have this group at Fest Jazz 2018 is a real privilege and a great pleasure.