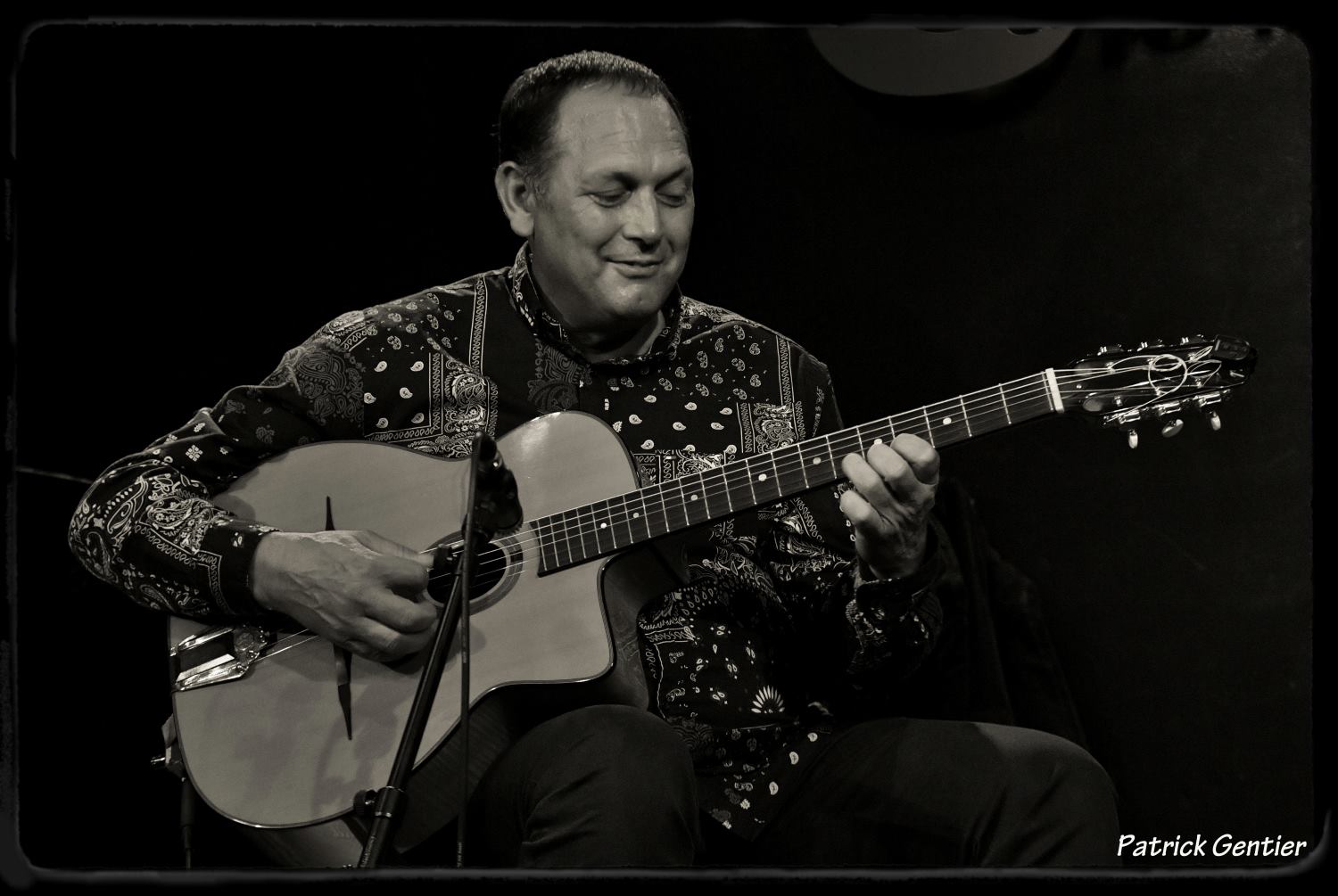 Stochelo Rosenberg (born 19 February 1968 in Helmond, Netherlands) is a Gypsy jazz guitarist who leads the Rosenberg Trio.
He started playing the guitar when he was ten years old. His family consisted of musicians and he learned from his father, his uncle Wasso Grunholz, and from the records of his hero, Django Reinhardt. With his cousins Nous’che and Nonnie Rosenberg he formed the Rosenberg Trio and played at festivals in gypsy communities in Holland, Belgium, Germany, and Austria. In 1989 they played at the Django Reinhardt festival in Samois sur Seine, France, after which their first album, Seresta, was released. Stochelo started the Rosenberg Academy, an online school devoted to teaching an expanding audience of Gypsy jazz enthusiasts.
Over the past twenty-five years, the Rosenbergs have played all around the world and have established themselves as the best in their field. They also have a large number of own compositions. Meanwhile, they have made more than 26 CDs and DVDs, which are very well received.
Inspired by one passion (making music) they have conquered the world. In the late 70s, they were enjoying widespread recognition in the European gypsy community. The late 80s mark their international breakthrough. The trio are headlining at many major jazz festivals. They have made a name as the cream of the genre and are admired by fans of all countries of the world and by guitarists in all musical genres. The Rosenberg Trio represents already more than 25 years the “essence of gypsy jazz”.
Stochelo Rosenberg is considered as one of its finest guitarists, with his impeccable technique, great elegance and very personal vibrato, combining virtuosity and emotion.