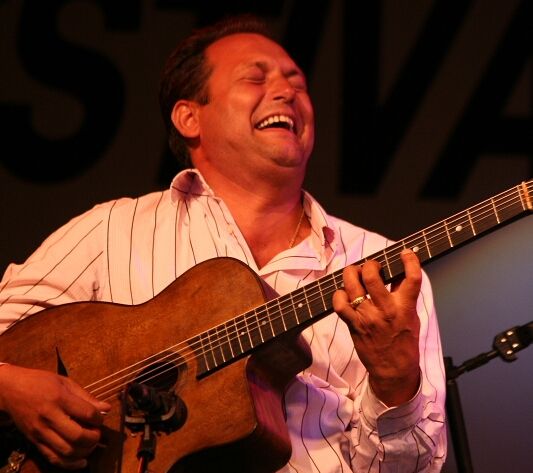 Gypsy jazz event in a class of its own

Stochelo Rosenberg, who has been celebrating successes around the globe with his world-famous Rosenberg Trio for more than 25 years, is coming to the Rheingau to give an exclusive concert together with the shooting star of the Gypsy Jazz Gismo Graf! Throughout his career Stochelo Rosenberg has circumnavigated the globe several times and played with the greatest musicians of various genres. His contributions to Bireli Lagreene’s “Gipsy Project” and his recording with the French guitarist Romane are legendary. Also Gismo Graf has meanwhile his firm place in the worldwide ranks of the top guitarists. With his trio he ventures the bridge from gypsy jazz to pop, bossa nova, swing and expressive original compositions. This way, the musicians manage to surprise the audience from piece to piece anew and to enthuse them with their stage presence and enthusiasm to the last rows.