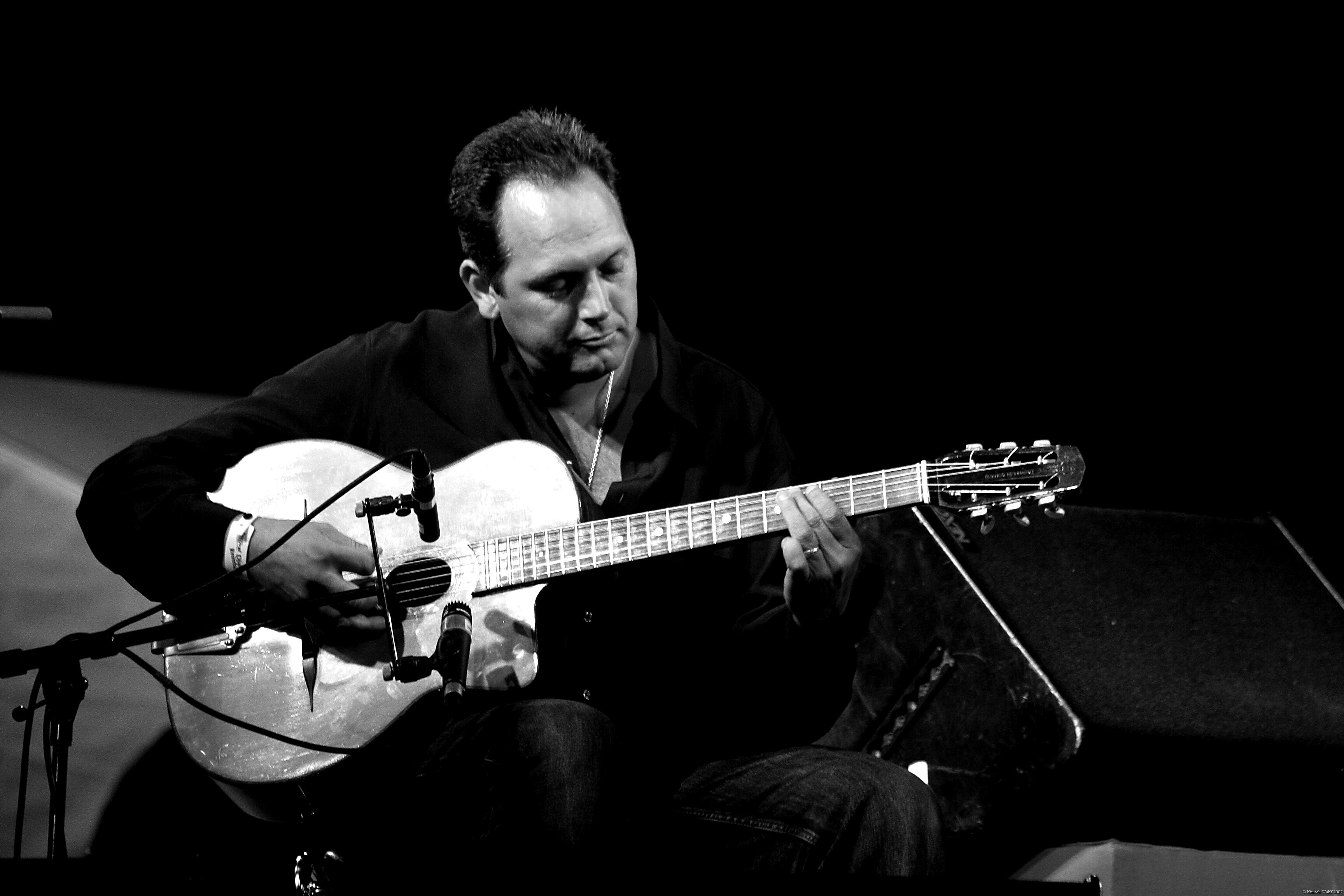 Stochelo has developed from a talented but shy gypsy-kid into a world class artist and composer. He has written several beautiful pieces of music. In the beginning he played a Favino-guitar, and later he was able to buy an old Selmer guitar, number 504. The legendary Django played the same model of guitar with the number 503–quite a good feeling for Stochelo! He uses D’Addario Silk and Steel strings and Galli-strings. His guitar, the Selmer 504 used to belong to the late Ab de Molenaar, famous bandleader of The Millers, a very popular Dutch jazzband.

In 1992 he received a golden guitar from the magazine Guitarist as a reward for making the acoustic guitar so popular. Stochelo Rosenberg is considered as one of its finest guitarists, with his impeccable technique, great elegance and very personal vibrato, combining virtuosity and emotion.

Like many of his contemporaries, Stochelo loves to improvise, and like many of his predecessors, he is searching for new challenges. He likes to try new ways of playing, but always with the solid underpinning of his first love: the music of Django Reinhardt. His favorite song to play is Nuages