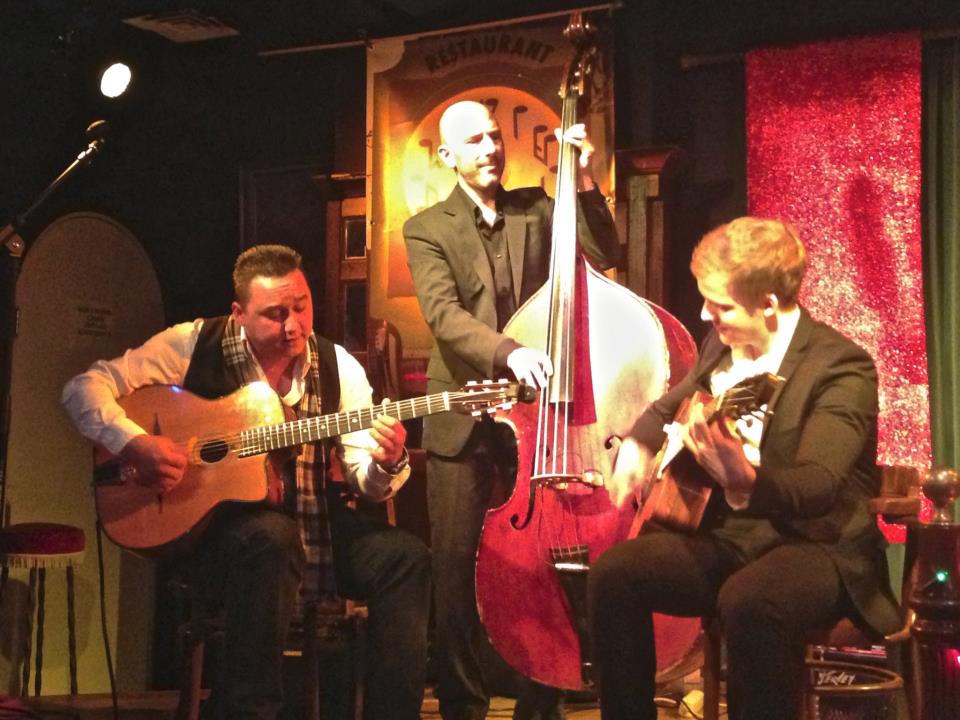 The grand Dutch Gypsy guitar master, Paulus Schafer, needs no introduction. Paulus is one of the world’s greatest masters of the guitar, and a key figure in the Django style. It is extremely rare to witness so much power, virtuosity and lyricism in one musician.  However, Paulus will be performing with another Gypsy master, whose virtuosity rivals his own. Finnish guitarist, Olli Soikkeli, from the band Rhythm Future Quartet has been touted by The Wall Street Journal as being “among the worthiest current day successors to the legacy of the great Django”. Muhammad Ali perfectly described Olli when he said, “Float like a butterfly, sting like a bee”. It takes another incredible musician to match the level of virtuosity generated by Paulus Schafer and together, with Olli Soikkeli, these two masters will perform an exciting repertoire certain to blow you away! What a treat to have them perform in Maplewood!